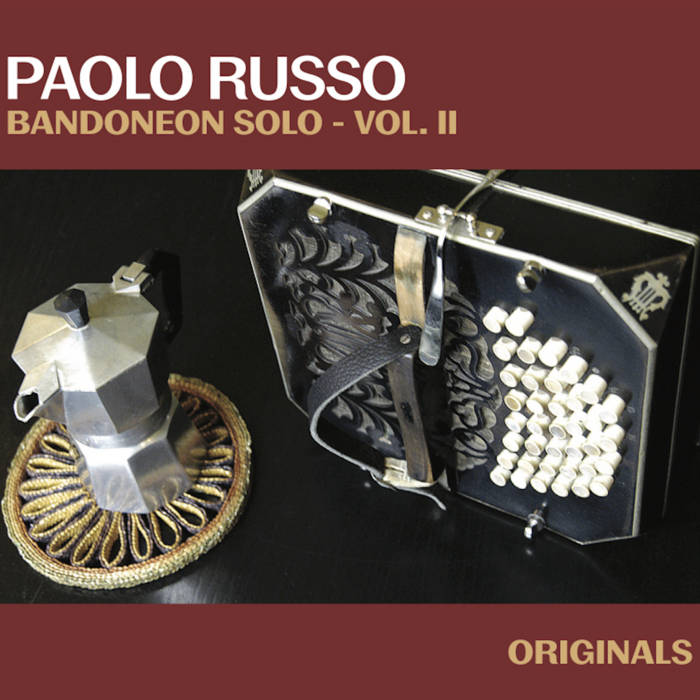 The Italian musician Paolo Russo, originally from Pescara, based in Copenhagen since 1996, presents his new album "BANDONEON SOLO - VOL. II - ORIGINALS". After his first release in December 2015, (Bandoneon Solo Vol. I - Jazz Standards), Paolo Russo is now ready with his second bandoneon solo album, where he presents his own original compositions.

The sound of this unique instrument is commonly associated with Argentinean Tango (and its derived sub-genres), through the legacy of its main interpreters, such as Anibal Troilo, Leopoldo Federico, Astor Piazzolla, Néstor Marconi – just to name a few. In fact, it was originally born in Germany in the middle of the 1850’s, as portable organ for religious music and then it was exported to South America, in the Rio De La Plata area (Buenos Aires, Montevideo), where it found brand new life – mostly in the hands of Italian immigrants – as tango started to develop and bloom. Initially, it was used to accompany singers, or in small ensembles, while later on, in a group section as part of the upcoming larger tango orchestras. However, throughout the years, especially thanks to the emerging strong personality of the great master Astor Piazzolla, it found a new identity as solo instrument.

Since the early nineties, Tango music has seen a tremendous revival, which has also lead (beside the great passion for the dance) to a renewed interest for the bandoneon worldwide. Therefore, along with the new generations of tango players – mostly devoted to preserving and cultivating the traditional styles – new tendencies have emerged, where some musicians are searching for alternative and different ways of using the bandoneon.

Paolo Russo met the bandoneon in 2001. His classical and jazz background as pianist has been of great help in discovering and exploring this instrument. With this album, the solo bandoneon project, Paolo invites the audience to enjoy the mysterious and nostalgic sound of the bandoneon through his unique voice and his authentic expression.