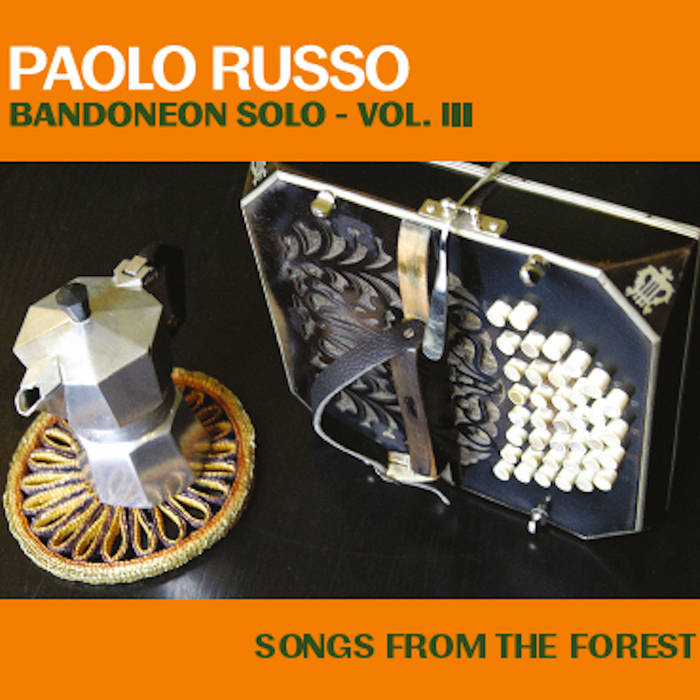 This is the third release in the series of solo bandoneon albums from the composer, pianist and bandoneon player Paolo Russo. The first album contained jazz standards (2016); the second album (2017) featured newly composed music (including the bandoneon sheet music). In December 2018, the third album in the series will be released, this time with songs from the forest - original material, melodic and “cantabile”, composed and improvised by Paolo Russo.

The songs and the improvisations find inspiration in the calm and beautiful surroundings of the Danish nature, which Paolo experiences on his creative stay in the North Zealand forests, where most of the material for the album has been developed. Inspiration from the forest can be felt on the whole album, where Paolo's atmospheric melodies and free improvisations remind the listener of the power and eternal force of nature.

Paolo's dedicated work on exploring the bandoneon's many possibilities through his solo albums has generated remarkable feedback among the bandoneon players worldwide. The great Argentinian master, Néstor Marconi, one of the most prominent bandoneon authorities in the world (and Paolo's teacher) wrote in the foreword of Paolo's anthology to Bandoneon Solo Vol. II:

"The musical proposal presented by Paolo Russo deserves attention for its powerful melodic, harmonic and counterpoint content. The bars marked by constant variations as well as solid and avant-garde ideas testify that this work is not only a valuable innovative contribution to an in-depth study of the instrument, but also a technical challenge for the professional bandoneon player. Thank you to maestro Paolo Russo, for his dedication and passionate love for the bandoneon that he shares with us in all his works. "

The Italian composer, pianist and bandoneonist Paolo Russo, from Pescara, has lived in Copenhagen since 1996. He is a classical and rhythmic pianist and started playing in 2001 bandoneon. His classical education as a pianist, under the guidance of Rachele Marchegiani in Italy, his further experiences in the jazz world at the Rhythmic Conservatory of Music in Copenhagen and the elaboration of tango and bandoneon on the many (14) trips to Argentina, gave Paolo his completely unique and innovative approach to bandoneon. Paolo has released 13 albums as soloist and band leader, and has participated in many collaborations both live and in studio with numerous international artists.